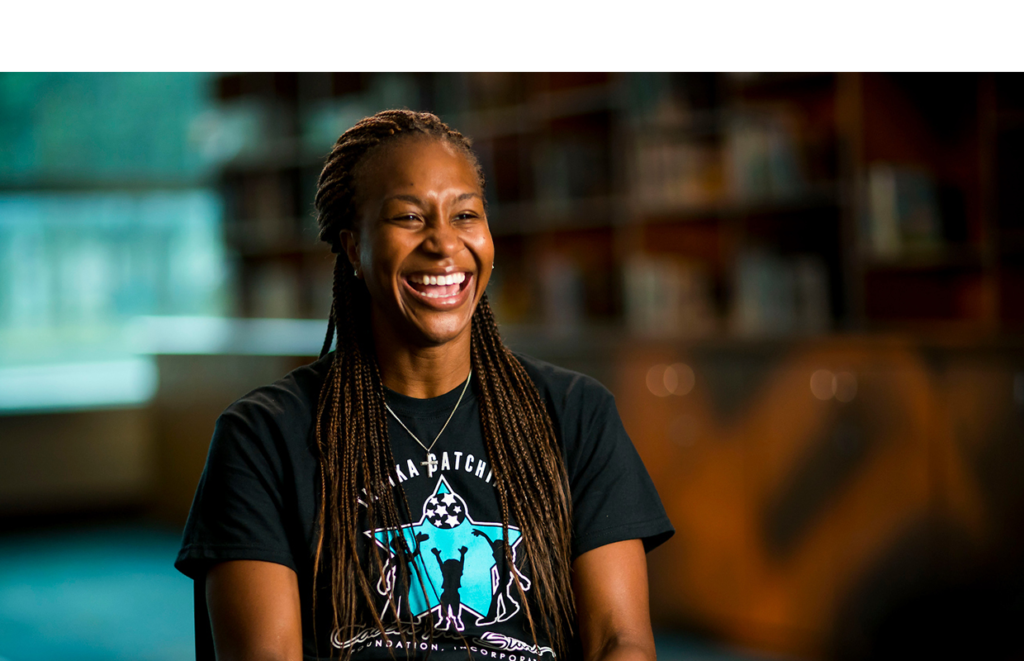 ICYMI, American women are spreading some serious female power in 2017-did you see the incredible turnout and inspiring signs at the Women’s March in January after the inauguration? They’re standing up for what’s right, making their presence known, and voicing their opinions loud and clear.

One inspiring story that’s making its video debut: Tamika Catchings, WNBA champion and Olympic gold medalist, who speaks out about what it was like to grow up as the sole girl holding her own on the court with the boys, why we need to raise the profile of women’s basketball, and powering through life with hearing loss. It’s no surprise that Catchings grew up to be a spectacular athlete-and an equally spectacular member of her community-considering her college basketball coach was the legendary Pat Summitt. “I think her goal for each one of us was, ‘I’m going to create great women,'” says Catchings in the video.